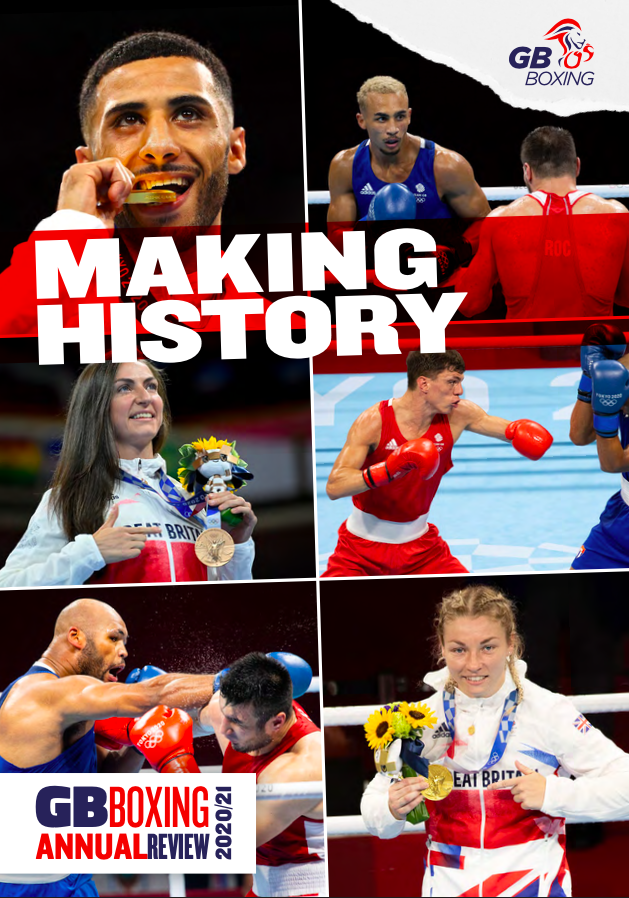 The Chair of the All Party Parliamentary Group (APPG) for boxing, Chris Evans MP, has identified the Birmingham 2022 Commonwealth Games as a major opportunity for boxing to build on the momentum provided by the historic, six medal winning performance of Great Britain’s boxers at this year’s Olympic Games in Tokyo.

The Member of Parliament for Islwyn in South Wales claimed the success of the six medallists was already having a “transformative” effect in bringing new people into the sport and identified Birmingham 2022 as a valuable opportunity to build on this and “showcase the sport to a large audience, many of whom may not be traditional boxing fans.”

Evans made his comments in GB Boxing’s recently published Annual Review 2020-21, “Making History”, which can be viewed and downloaded HERE.

In the guest Foreword he contributed to “Making History”, the Chair of the APPG for boxing wrote:  “The boxers were among Team GB’s best performers and caught the public’s imagination as they delivered some of the standout moments of the Games.  The big challenge now is to capitalise on this momentum in attracting new people into the sport and maintaining the profile of amateur boxing on television, in the news and on social media.

“The Commonwealth Games in Birmingham next year will provide valuable exposure and is a fantastic chance to highlight not just the quality of the boxers but also their characters, personalities and back stories.  It will be a great opportunity to showcase the sport to a large audience, many of whom may not be traditional boxing fans.”

Evans cited the gold medal winning performance of Lauren Price as a standout moment and claimed it was already having an impact in his constituency which partly covers the borough of Caerphilly where Price was born and raised.

He added: “As a proud Welshman, I could not help but be enthused by the fantastic performances of Lauren Price on her way to becoming the first boxer from Wales – male or female – to win an Olympic gold medal in the sport.

“Achievements like this, delivered to a large television audience by inspirational but down-to-earth role models, have the power to be transformative.  And I have already seen with my own eyes the buzz Lauren’s gold medal has created in my constituency and throughout the borough.”

“Making History” tells the story of an unprecedented period in the recent history of GB Boxing.  It details how the organisation overcame the challenge of a global pandemic and a national lockdown to maintain the world class programme before going on to deliver a historic, six medal winning, performance at the Tokyo 2020 Olympics, when the Games eventually got underway in 2021.

It highlights the work of GB Boxing inside and outside of the ring and showcases the work that helped to make boxing one of Team GB’s most successful sports at Tokyo 2020.

The final section of the Review includes a contribution from GB Boxing’s Performance Director, Rob McCracken, reflecting on the success of the team in Tokyo and looking forward to Paris 2024.

On Tokyo 2020, McCracken said: “To see Galal Yafai, Lauren Price, Pat McCormack, Ben Whittaker, Karriss Artingstall and Frazer Clarke secure their place in history at Tokyo 2020 was brilliant.  Delivering Great Britain’s best medal haul since 1920 was a historic performance by a fantastic group of boxers and to be part of the team that helped them to achieve this was, from a personal point of view, one of the most enjoyable experiences I have had during a 30 year career in sport.”

In looking forward to 2024, McCracken highlights how delivering sustained Olympic success in boxing is uniquely challenging and explains why this will be even more difficult in the Paris cycle owing to the shortened timeframe between Games and the impact that Covid-19 has had on the next generation of boxers.

However, he remains positive about the quality of the set-up at GB Boxing and cites the experience and pedigree of his coaching team as critical factors in enabling the team to deliver more medal success with a new group of boxers in Paris.

McCracken added: “The break-up of a team at the end of an Olympic cycle is something we have come to expect as many of the boxers choose to pursue careers in the professional ranks.  It means we face a huge challenge as we look forward to the next Olympic Games in three years however it is one that we will do all we can to meet.

“The coaches and I plan for this throughout every Olympic cycle and one aspect of our job that often goes under the radar is the work we do to develop the next generation and ensure we have a new cohort of men and women ready to take the places of those boxers that choose to leave the world class programme.

“A key part of this development process is taking the boxers to international tournaments and training camps around the world however the Coronavirus pandemic meant this has not been possible over the last 12 months and has denied this current group the exposure to different styles and opponents that is so helpful in accelerating development.

“It means we face a huge challenge as we look forward to the next Olympic Games in three years however it is one that we will do all we can to meet.

“While the lion’s share of the credit for the team’s historic performance in Tokyo must go to the boxers, it would not have been possible without the coaches and all the staff that have underpinned the period of sustained success we have enjoyed at GB Boxing for over a decade.

“They are responsible for the foundations on which our achievements have been built and as we head into the next Olympic cycle, I know that as long as we work hard together as a team and give our all every day, we can continue to deliver more success for GB Boxing.” 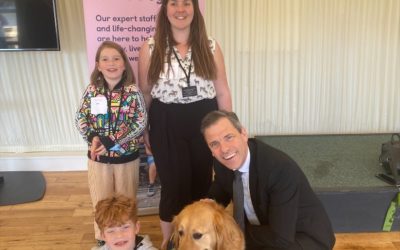 The MP for Islwyn has pledged their support to children and young people with a vision impairment through Guide Dogs’ “All Things Equal” campaign. At a Parliamentary event hosted by the charity Guide Dogs, Chris Evans met children, young people and their families to... 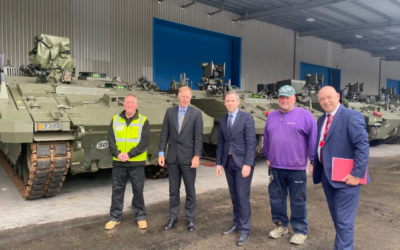 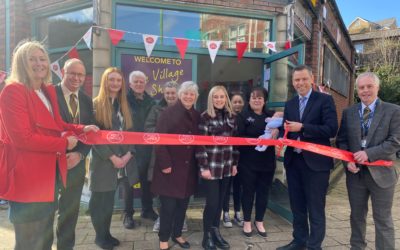