To mark International Animal Rights Day, Chris Evans MP is supporting the petition for Reggie’s Law. The Law, proposed in honour of Reggie, a three-month-old puppy who died of parvovirus just four days after arriving home with his family, calls on the Government to introduce stricter regulations on all websites where animals are sold.

According to Mr Evans, current legislation does not go far enough in preventing breeder’s malpractice and mistreatment of the animals in their care. The founder of Justice for Reggie, Richard Ackerman, said:
“It is obvious the financial gain in puppy trading is fuelling the mistreatment, and Lucy’s law is not being policed properly. There are too many loopholes in the legislation, and it is clear more needs to be done immediately to stop this.”

Reggie’s law requires all breeders be licensed and liable for regular legal inspections to ensure standards are maintained. It also calls for certification issued by a veterinary practice within 14 days of birth to ensure the animals are of good health.

Chris Evans MP will also speak in a Westminster Hall Debate next week on this petition. During his speech he will call for increased regulations to be placed on animal selling-sites, with more stringent checks being carried out by established selling-sites on potential sellers. This would include proof of identity in the form of a passport or proof of address.

With the increase of animal imports, the law also mandates a minimum age of international import and export of 6 months to ensure no animals with known health issues are sold to unknowing customers.

“We must protect the most vulnerable in our society, and animals must be at the forefront of that effort. Puppy farms and unethical dog breeding practices have long been a source of animal rights abuses, and it is time we legislate the industry to prevent more cases like Reggie’s.”

“This is why I, in line with the Justice for Reggie campaign, am calling for the Government to adopt and implement Reggie’s Law and increase online regulations to ensure seller transparency, the availability of veterinary records, and ongoing inspections on registered breeders.”

Published 19th December 2022 As we approach the festive period, many of us would usually come together with family to exchange gifts and eat a big Christmas meal.   This year, things for many won’t be the same.   The cost-of-living crisis is affecting people in... 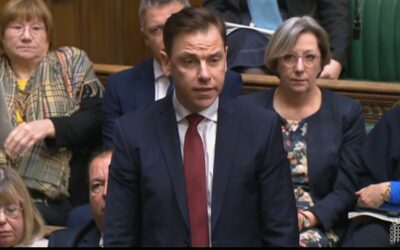 Chris Evans MP challenged the Prime Minister today during PMQs on the country's dependence on local government to fund support for people through the cost-of-living crisis. The Islwyn MP praised Caerphilly County Borough Council for the £3 million Cost of Living... 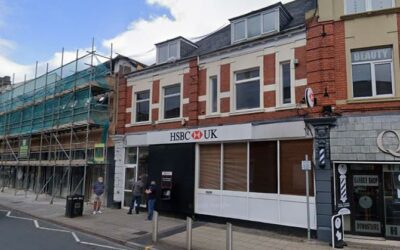 Chris Evans MP has today made his objections to the closure of the HSBC branch in Blackwood.  Mr Evans has written to HSBC following their announcement that the Blackwood Branch is to close. HSBC has announced they are closing 114 branches across the UK in 2023, and...